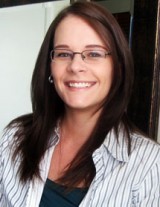 The first sight model helps the parapsychological community answer difficult questions like “why do ghosts wear clothes?” or “how can there be apparitions of living individuals?”

A large quantity of ESP based data has become comprehensible due to memory models in which assume that the systemic source of extrasensory information is somehow localized in the long-term memory. These models correlate with both intentional and spontaneous ESP experiences.

Studies pertaining to memory modeling have suggested that psi processes in regards to ESP are, or in regards to PK may be, dependent upon memorial processes as a means of expression. In other words, it appears that Nature and or other people can communicate with people via a person’s own experiential data.

Such data includes images and language (e.g. vocabulary) from the recipients own long-term memory; rendering individuals with a great deal of life experience more likely to coherently decipher received information than those with little life experience.

Memory-based models suggest that during ESP information transfer, the recipient is not receiving a large amount of information, which would be the case if receiving imagery, but rather very little information in which is sufficient enough to activate the appropriate systems in order to elaborate the “message” into consciousness.

Even though psi phenomena are assumed a result of the unconscious state, they are considered in correlation to what an individual does, rather than what happens to the individual.

“A psychic experience that informs one that a good friend has just died obviously would not activate a memory of the friend dead, but would likely activate networks of memories that involve the friend, death in general, and perhaps the manner in which the friend might be likely to die.”- Richard Broughton

(Adapted from the book series “A Quantum Approach” by Dr. Theresa M. Kelly.)

Dr. Theresa M. Kelly of http://qpsychics.com is a metaphysicist and published best-selling author that writes hypothetical models in regards to past and current research and studies on the subject of psychical phenomena. She approaches it (psychical phenomena) from a scientific, alternative, and philosophical perspective. Many More Free Articles on: http://qpsychics.com