Spiritual purpose has always been about having the ability to act and direct our realities. The training has always been progressive in that the idea or desire manifests first at the subtle and etheric levels of consciousness, then through training becomes clearer and stronger at the denser levels – all the way into the physical. For example, the reality of Enlightenment began with a concept, idea or desire to achieve liberation from suffering and inner peace. Over time this idea became refined as experience showed what the process and cultivation of enlightenment was really about. It was revealed that the mind and body was in a pattern of perpetual reaction, craving and aversion and that by applying specific states of consciousness the reactions could be purified. The experience of this process led sentient beings to understand that enlightenment was a type of cellular ‘awakening and thus enlightened beings have been known to refer to themselves as simply being ‘awake.

Another example is confidence. Confidence is a mind state that is felt in the body as a bio-chemical reaction. This is the reason why drugs and alcohol can instill confidence – or at least a numbing of fear or anxiety. It is an effect of how the mind is reacting to these bio-chemicals. A body that holds a lot of fear or anxiety can be trained to release this fear and generate confidence and empowerment. In the beginning it may be for only short bursts, the same way a person may only be able to do exercise for relatively short periods of time. As the body becomes conditioned and trained it learns to not only hold new states, but to increase and evolve them. Training eventually reaches the level of excellence and mastery where the deepest cells of the body gain a sentience and conscious intelligence of their own. What is actually occurring at this point is the conscious mind has connected to the deepest level of the physical – it can see and perceive everything at these levels.

Manifestation at the cellular and atomic level of the body is getting to the core of our physical reality. The spirit and mind then has the opportunity to evolve itself through the complete range of motion and spectrum of its physical incarnation. This leads to a unification of mind, body and spirit – the three planes literally become closer until all boundaries dissolve and they understand oneness. This is not the enlightenment or awakening that has been spoken of – it is simply the first step – the transcending of the physical.

Hieu Doan is a Metaphysical Healer, Senior Guild Leader of Life Mastery Guilds and creator of ‘;Meditation Mastery Activations’ and the ‘# Laws of Empowerment.’#;
http://www.lifemasteryonline.com 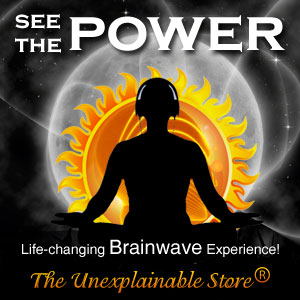 ×
Develop Your 6th Sense And Activate Your 3rd Eye!