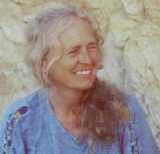 The term Psychokinesis (PK) (from the Greek, “psyche”, meaning mind, soul, heart, or breath; and “kinesis”, meaning motion; literally “movement from the mind”), also known as telekinesis (TK) (Greek, literally “distant-movement”), refers to the direct influence of mind on another physical system which is done ‘remotely’ or at a distance.

Psychokinesis, can’t be performed by volition alone. To have an effect on an object at a distance several things are required. The first thing, is one needs to use one’s imagination to hold an image in one’s mind, to provide a pattern, thought form or intention for the movement of one’s energy. The second thing, is one needs to build up power or a force of increased vibrational energy in the body, which can be also seen as ’emotional energy’ or as a charge building up via activation of nervous system and this charge being held in body vibration in the muscles. The third thing is one needs a relative medium or body through which the power can work, which is the end point or object of one’s focus, what one wants to act upon. It is not possible to change things without having an object to work upon. In distance healing we act upon energetic objects, and even though we can’t see them, this doesn’t make them less real.

All changes in conditions in the world are brought about through Psychokinesis, which is a natural process of creation, employed consciously by everyone to greater or lesser degrees. The physical world is literally created out of our collective actions, which all action has at its base ‘a thought’ as the seed to create it, and thus the physical world can be seen as a ‘reflection of thought’.

To do Psychokinesis consciously is what distance healers do when giving a distance healing. One is transforming one’s intention (idea), into desire (emotion) and then into completed action on an object – but doing so at a ‘distance’.

1. Raise one’s bodily vibration using your favorite method. I stand and hold a copper ring and intone 3 reiki symbols, the last being the long distance symbol. As I do this I focus on feeling the energy movement in my body. When I feel the vibration in the body is highly activated, I then sit down to start the distance healing. See my Quicken Touch method on my website, for more ideas on how to build up one’s starting level of vibration.

2. Next, put one’s hands on one’s own body (the body part of your choice), using either fingertips or palms. Keep your focus on movement of energy happening between your fingertips or palms and the body part you are touching. When you are feeling that strongly, then you state your intention. One must decide clearly what one wants to do with one’s energy, one does this by stating one’s intention of what one wants to accomplish, create or do. This sets the thought at the base level and provides the idea or creative element as seed to channel the vibration force built up as energy charge in muscles (emotional energy) as desire and also determines the direction of movement of the energy and the time for it to happen. One also states the object of one’s focus, what one wants to act upon. For example: “I request a long distance energy connection with the being of Sandy Johnson, in West Palm Beach, Florida, at 10 pm or at the best time for her. I ask that the energy be used for her highest good as determined by her being, and to be intuitively guided by the being of Sandy to send her energy in the most effective way and be open to receive any messages for her.”

3. After the intention is clearly expressed, then one drops the intention and enters into a meditative or no-mind state, just focusing on the feeling of energy happening between one’s palms and one’s own body. One does not have to keep repeating the intention, it is set – it is so, repeating it just keeps the mind busy. The greater one’s ability to sustain quiet mind, the more one’s bodily vibration will keep rising to higher levels and the more effective one will be in sending energy. Another way to say this is your vibration in body will rise up to the level which reflects your own self-realization and ability. The higher you can raise your vibration and sustain it, the more effective the healing for yourself and the other person at a distance. When in state of no-mind, even if it lasts for only a second, you are in that second one with the vibration of all, and while ‘like that’ you can exchange energy with other objects on the level of vibration or energy.

4. Establish ‘ethereal’ connection with the other object to lock in your resonances. Now that one has raised one’s vibration by entering into a meditative state and one’s intention is set, next one needs to identify the unique identity of the object one wants to connect with. So in the case of long-distance healing, one needs something from the other that uniquely identifies that unique vibration of them, so it can be zoomed into or selected out from the universe of all other objects – it’s much like an address. A photo of a person, their full name and location, or a piece of something they have owned and put their energy into it, or a piece or hair, any of these will uniquely identify them as ‘their vibration’. What I do is visualize my body and face as the other person, and then I imagine my hands are being placed on their body. I continue to visualize the body/face of the other and simultaneously focus on the feeling of energy exchange happening between my hands and their body, until I feel a physical link or connection established with them. This is the entrainment process itself, and when you FEEL it happen, then you know you’ve set up a scalar wave with the other, your resonances are locked. This usually happens within a few minutes. One might feel this as a sudden inrush and elevation of energy, or one will sense a kind of pulling sensation of the energy out of yourself, there is a kind of tugging action established between the two of you, a push pull action. You have now established a physical link or cord, it is also known as resonance locked scalar wave. If you do not feel this link, then either you are not quiet or receptive enough and/or the other is not open to receive the energy exchange, in which case you should not go any further, but you can still do a self-healing…

5. Keep the link established. Once you feel this pull/push wave, then you can drop all visualization and all intention and just sink into a pure meditative state, becoming your breath, not really doing anything, except moving your hand positions for your distance healing session, when indicated by intuition or according to the healing method you are used to doing. Thinking too much about moving one’s hand or trying to heal the other in specific ways necessarily uses the mind and is counterproductive to being in a meditative state. If one is not very advanced, it is best to not move one’s hands at all, but rather to just put ones hands in one position and hold them there for the whole session. Long distance treatment is different than ‘hands on’, as one is working on the energetic level and can treat the whole body easily from any hand position. The most important aspect for an effective remote healing is that one has established a firm link and can sustain quiet mind.

6. The natural amount of time it takes to entrain to the others energy and for the energy to move up to higher frequencies on spine, from tailbone to skull takes around 1 hour, so this is a good amount of time to allow for a session. When one no longer feels the pulling sensation in oneself or you notice that the energy healing has come to natural conclusion (energy moves up spine to brain as last step), then the session is over. In any case, make sure you conclude the session by doing a verbal disconnect, to break the link you have established. I just say: disconnect with ‘name of person’. If you don’t do this, you may still be resonance locked (connected) with them, and you might notice this when you have dreams or pick up on images or feelings that feel they aren’t your own.

Signs one is being effective in distance healing

When one is able to sustain quiet mind for longer periods, then it will feel like one has fallen asleep, and like one is sort of ‘out in the cosmos’ or ‘out of body’. Sensations in one’s own body are remote, like at a distance, yet, one can still feel sensations and might even recognize pain in one’s own body as healing takes place, but one doesn’t react to it, it is easily passed through. One can easily observe energy flows rapidly passing all over the body, in all kinds of figure eight and vortex patterns. An hour session can go by in what seems to be a few minutes. It is also common to experience enhanced hearing of outer sounds, and to see a starry background in one’s mind’s eye (eyes closed of course) and to hear cosmic sounds or tones in one’s ears, such as a melodic sound or the sound of a train. If one opens one’s eyes, one will see sparks of light in the air, and a kind of moving picture view of the world, but doing so can easily take one out of the deep meditative state. While one is in this state, one might receive images from intuition, or from the 3rd eye, that don’t come from mind activity. They just pop up into view and one can trust the information contained in them to be helpful for healing yourself or the other. While the above is the ideal session, in reality, it takes quite a bit of practice and probably years of doing daily meditation before one is able to sustain quiet mind and have such a session for a whole hour. What is important is the more you practice, the better you will get at it and every second you can be truly quiet is what counts, as in that moment you are one with all, and are not only helping to heal others but also you are healing yourself.