JOHN: We have some questions from David and his first question is… “Is it possible to build a machine that would allow communication between the physical plane and other non-physical planes? I’m a computer programmer and I’ve always been fascinated by a statement one of my teachers made in college: “Software is not something physical. We cannot touch it, we can only feel the effects of it.” Computer software is essentially a logically formed unit of energy that is stored magnetically (on a computer hard disk) or electronically (in a computer memory). It seems reasonable that a computer program could interact energetically with something other than humans and other computers.”

DATRE: Now, what you’re talking about is ‘particles’. Particles interact with particles. So, you have a situation there that at some point in time you might be able to do such a thing. It would depend on ‘how’ the components of your computer are made as to whether that would be a possibility.

There have been, over many years of your time, those pieces of equipment that individuals have developed, in this country as well as in other countries that have made communication with the dead zone possible. Now, if it is communication with the dead zone that is possible through that which you call, pieces of equipment that is one thing. But, if you have communication, that is… in other words, if you want to communicate with someone on another planet, how are you going to do that?

The combinations of ‘particles’ into different components on different planets, is what changes their evolution. So, if their combination of particles into different components then those that you are familiar with here on your planet, how can you communicate – because you don’t know their combination. So, unless you have a physical construct that can be used to facilitate a different vibratory construct, I don’t know how a computer would ever be able to do that. Regardless of which way it works, it still would be ‘your’ creation. Then, depending upon what you use as ‘your’ imaging facility, that would make a difference as to what you could do with your imaging with ‘particles’.

So you see, it is not as simple a process as you thought it might be. There may be a point in ‘time’ when you will discover another way of making your software or making the components within your computer that would have a different component that you would be able to communicate with that which you call your dead zone. Because that would still be within the realm of this ‘known’ physicality. And that is what you would have to work with first. Next question. 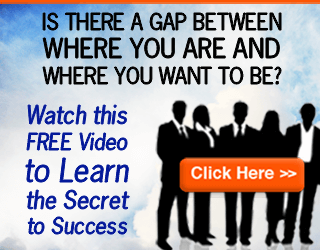 JOHN: And he continues on to ask… “Could computer software be used as a link between a physical machine (i.e. a computer) and non-physical sources of information to conduct communications?”

You see, this planet has it’s own evolution. You set up the standards at the beginning and you continue to modify within those standards that you found workable on this planet. The thing that you do is, you ‘recombine’ different aspects of physicality for your evolution – not only of the planet, but of yourselves.

You take your programs like, you’ll say, ‘well, there’s other directions’. You take your science fiction and go where no one has gone before. And they get there, and what do they have? They still have human beings. They have distorted the faces or something to make them look like a different race of people. And then you have those where you go in someplace and everybody in there are different kinds of animals – but they’re all based on the animals that you see all the time. So you see, even ‘that’ is still based on what you have in your everyday life. And the stories still evolves around the same two principles – good and evil. So, there you are, round robin. The only thing you can do as an individual is, change ‘your’ story line. And no one else can do that for you. But, when you begin to change your own story line that is when you begin to have fun. Continue.

JOHN: Now we have a question from Yariv which asks… “I read in some books (can’t remember which) that when you die, you begin to see all of your life’s occurrences from the end to the beginning and this is when you integrate what you learned in the physical. Then it said that if your body parts are being taken to donate to other people the soul is distracted from these lessons, and a lot of what could have been learned is being missed. The book recommended not donating organs. So the question is: donate or not?”

DATRE: That is entirely up to you. All you are doing, in your physical life that you have just led, is store data – beginning to end – is store data. You don’t do brain transplants. You don’t do ‘soul’ transplants – as you call the soul. That portion that you take with you is experiential data. That cannot be taken from you, that is yours. The only thing you can do, is give it away – because you don’t want your horrible life experiences. Which is very…certainly not necessary.

But you see, there again, there is a definite separation. The body is the body, and you are you. And you are you from the first time – thousands and thousands and thousands of years ago – that you first stepped into physicality. And that is all contained within your RNA and DNA. Those are collectors of data. Your RNA and DNA are also ‘energy’ constructs. Remember, this whole planetary reality is just a psychological construct.

So, if you have a computer and you’re putting everything on hard disk, and every time you move to a new location you put all your hard disks in a box and take them with you, the rest you leave behind, you still have your information that you have gathered. That’s what the body does. It stores information, it stores data. The storage of data takes up a lot less space than the storage of the story lines. What you ‘do’ with that data is recombine it for your next story line in physicality.

In other words, if you take your boxes of hard disks with the information and take your computer and move to the other side of the planet, you put them in there and you got your information. Then you can recombine that information any way you want to. Then if you say, ‘well that piece of information is no use to me any more’, then you throw it away. But, it’s always ‘your’ decision – and no one else. No one can ‘take’ anything from you and no one can ‘do’ anything to you.

As to whether you want to be an organ donor or not be an organ donor that is strictly up to you. If you feel that you’re going to loose by being an organ donor, that will stay with you because that’s ‘stored’ data. And there again, we have a ‘belief’ system that is not going to let you go. Because, you ‘believe’ you have lost something and that belief is going to stay there until something changes it. So here we are back to belief systems. Your belief system is what is going to make the difference as to whether you are an organ donor or not. Its as we have said before, if you believe that the only way that you can get well, is by going to a doctor – you’ll say, ‘well I don’t believe that any more’. How deep is that belief? Better stop and think about it, your belief systems are very, very, strong – because, you did not acquire them in just one lifetime.

Since you take your data with you, and you reconstruct your story line for your next physical existence, how much did you change it? How many times have there been past life regressions and found out that person has always been a dirt farmer? They didn’t change the story line very much. But you see, you’re the only one that can do that. Realize, the powerful individual that you are. Own ‘UP’ to ‘who’ you are. You’re the only one that ‘can’ make the changes. Continue.

JOHN: That was the last question.

One Response to Datre 173 – Is it possible to build a machine that would allow communication between the physical plane and other non-physical planes?

×
Develop Your 6th Sense And Activate Your 3rd Eye!